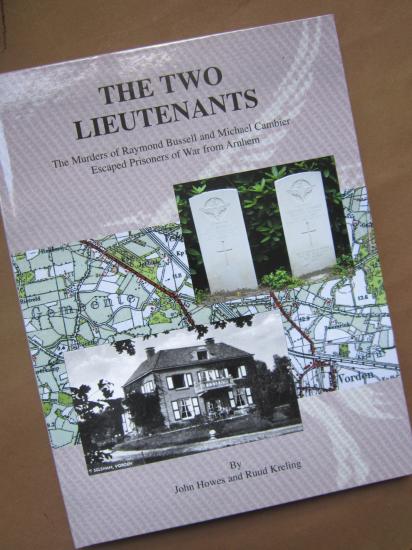 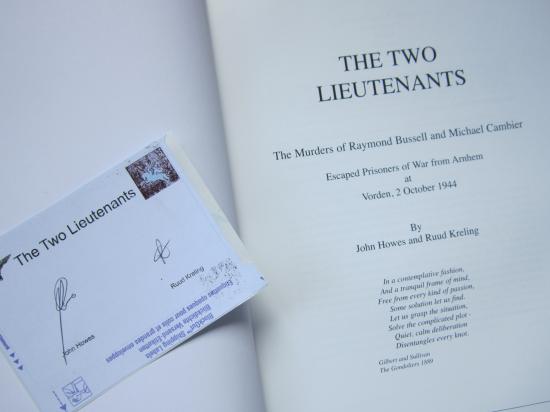 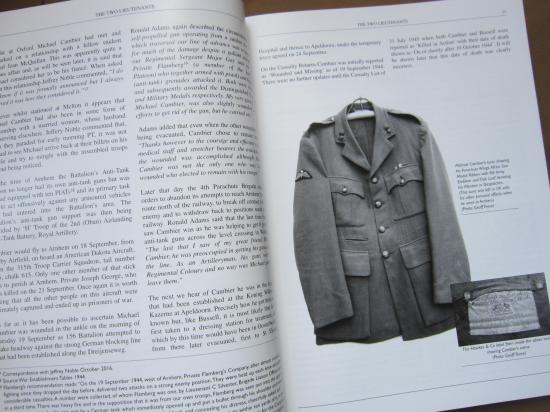 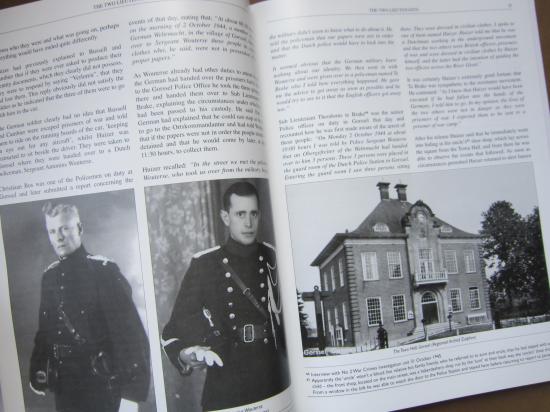 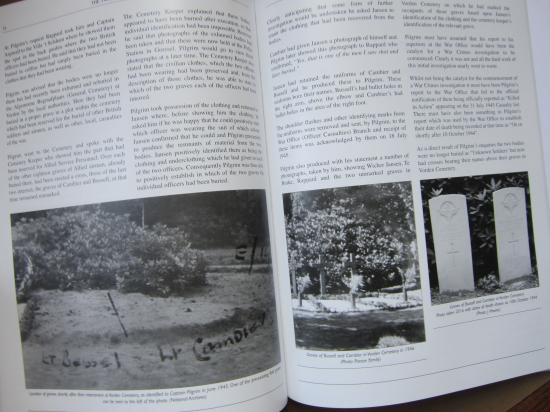 A limited SIGNED edition of a new 'Arnhem' book by John Howes and Ruud Kreling 'The Two Lieutenants' about the murders of Lt.Raymond Bussell and Lt.Michael Cambier

I was lucky to get three copys of a new so called 'Arnhem' book with the title 'The Two Lieutenants' written by John Howes and Ruud Kreling about the murders of Raymond Bussell and Michael Cambier.

This new book tells you the detailed investigation into the murders of Lieutenant Raymond Bussell, 3rd Battalion, Parachute Regiment, and Michael Cambier, 156 Battalion, Parachute Regiment after they were taken prisoner during the Battle of Arnhem in September 1944. In the early days of the fighting at Arnhem two young lieutenants Raymond Bussell, from the 3rd Parachute Battalion, and Michael Cambier, from 156 Parachute Battalion, were wounded. They had never met before but ended up being taken to medical facilities in Oosterbeek for treatment and, from there, ultimately to the military hospital that had been established at Apeldoorn. Shortly after arrival, on the 26th September, they were amongst those that were selected for transfer to a prisoner of war camp at Fallingbostel. Despite their wounds they decided to escape from this train.

From extensive research, undertaken in both the Netherlands and the UK, this book tells the story of their time at Arnhem, their escape and their ultimate fate at the hands of one of the most barbaric monsters of the dreaded Sicherheitsdienst.

Hardback 29cm x 22cm 126 pages numerous illustrations and maps limited edition of 300. Not available on Amazon. Please do note that this item does not show 'sold' before the last item has been sold.