This is a nice and original 'press-release' photograph depicting early British gliderborne troops in training . This December 1942 dated example could be used by one of the newspapers based in England or America. The photograph still retains its original (machine-typed) press information page glued to back. This large-sized picture - it measures 20.3 x 14.8 cms - is neatly printed in a black an... read more 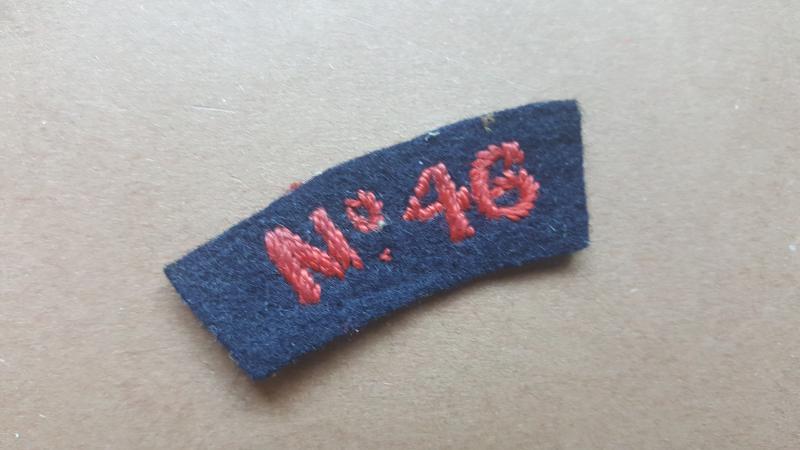 This is a neat little thing to add to your collection. A small Polish medal bar with three medal ribbons for the Polish Gold Cross Merit, the Monte Cassino Commemortive Cross and the British Italian star. read more

A good example of a nice matching set of un-issued No.3 Commando shoulder titles

This is a perfect example of a nicely matching set of un-issued No.3 Commando shoulder title. Formed in July 1940 from volunteers for special service, it was the first such unit to carry the title of "Commando". Shortly afterwards the unit was involved in a largely unsuccessful raid upon the German-occupied Channel Island of Guernsey. In 1941 they were involved in successful raids on the Lofote... read more 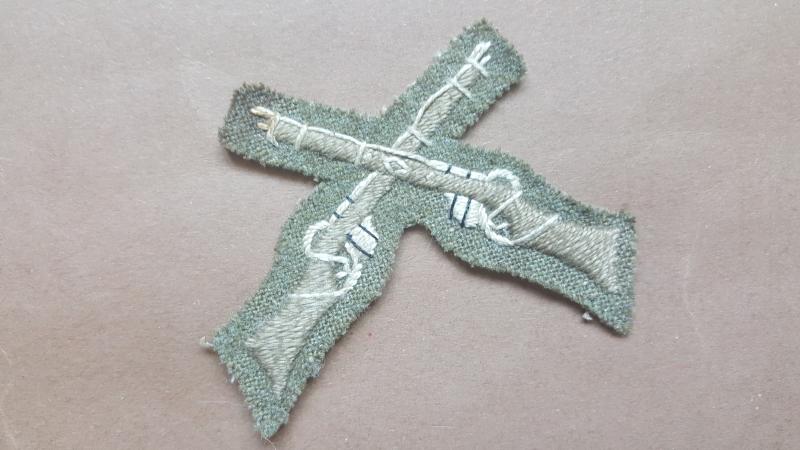 his is a good example of a issued white metal Army Air Corps beret badge and mainly worn by members of the Glider Pilot Regiment. The AAC badge was also worn by the early members of the Parachute Regiment in North Africa. This example is in a perfect condition and has two copper coloured lugs to the back and has never been cleaned. These badges are harder to find these days. read more 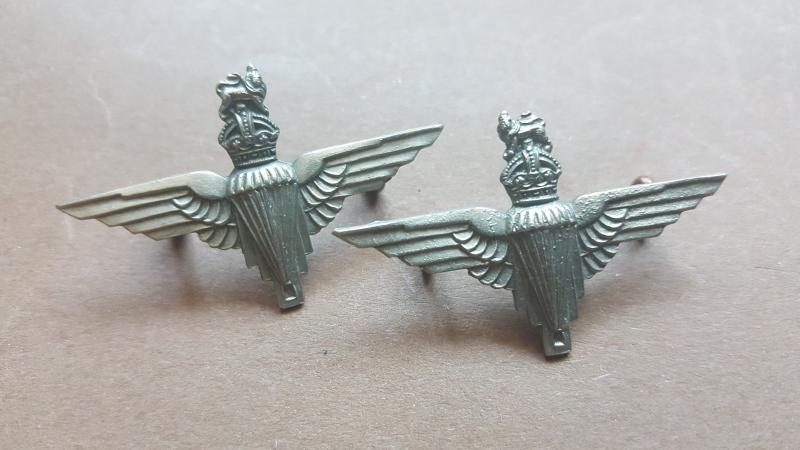 This is a neat example of a full matching set of white metal pre '53 Parachute Regiment collar badges. The set has the typical D type lugs and is in a good condition. read more

This is a good example of a printed left facing Combined Operations formation badge. The phrase "combined operations" was first introduced by the British War Office in World War II to denote multi-service activities, those that involved air, land or naval forces acting together, and coordinated by the Combined Operations Headquarters. The printed badge is in a good condition. read more