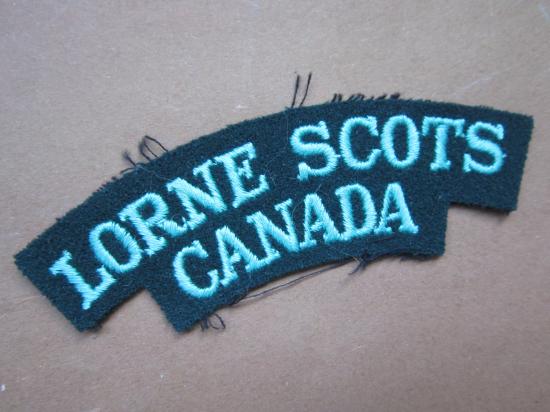 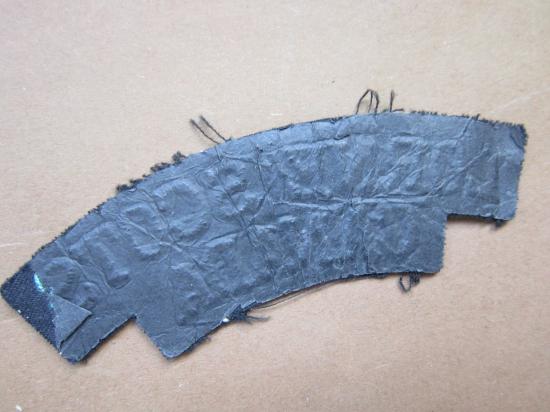 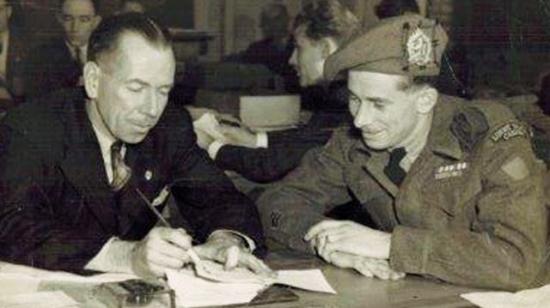 This is a neat example of a nice un-issued embroided British/Canadian made Lorne Scots shoulder title. The Lorne Scots was one of the first regiments to be mobilized in the Second World War but never served as a cohesive regiment. Instead, members of the Regiment were organized into defence platoons and attached to various brigade, division and army headquarters. Members of The Lorne Scots served in every theatre of war in which Canada fought with the exception of Hong Kong. A platoon of Lornes served with the Queen’s Own Rifles of Canada at the capture of Boulogne. Other platoons took part on the raid at Dieppe and landed on the beaches of Sicily. This example is in a nice un-issued condition. Difficult to find.