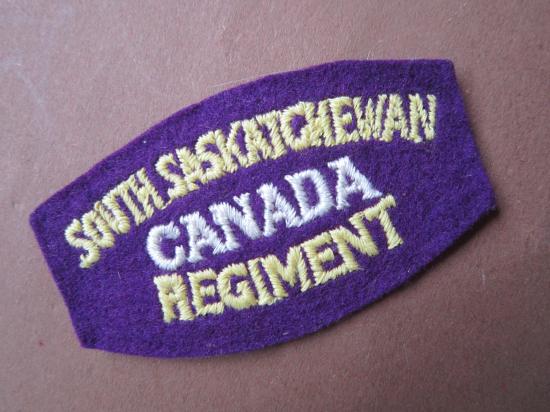 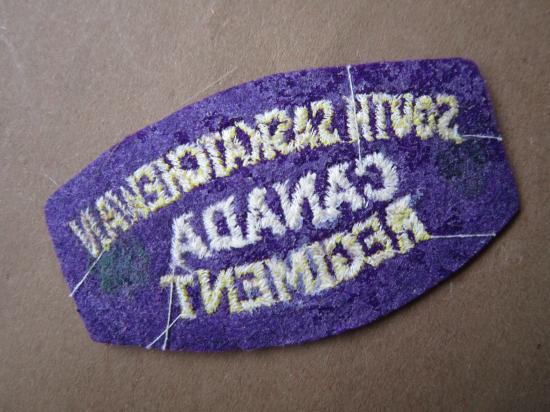 This is a good example of a un-issued Canadian made South Saskatchewan Regiment, 2nd Division shoulder title. The South Saskatchewan Regiment landed on Normandy’s Juno beach on D-day, June 6, 1944. After putting up fierce resistance for two months in Normandy, German forces fell back to defensive positions on their own frontier and in the Low Countries. The Canadians were assigned the job of clearing ports on the English Channel. In doing so, they encountered tenacious German counter-attacks, particularly around the Belgian port of Antwerp. Liberating Antwerp shortened the Allies supply lines; they were almost immediately able to throw themselves against the imposing Sigfried Line and to reach the German industrial heartland along the Rhine. Once the Rhine was reached, the Canadians turned to liberate Holland. At war’s end, the toll of the Saskatchewan dead read 3,880. This single shoulder title is in perfect and un-issued condition.