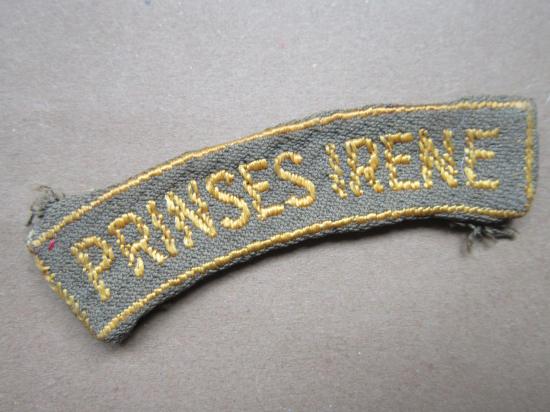 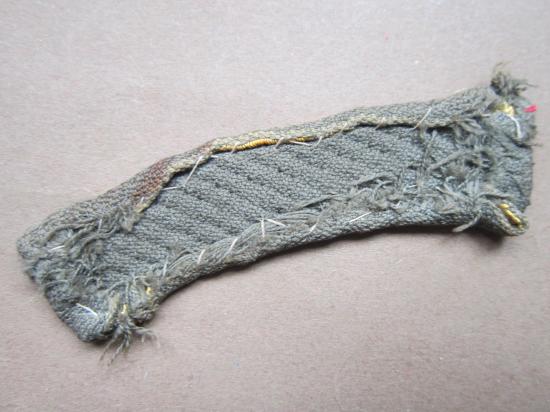 This is a perfect example of a Dutch made late war i.e early post war so called 'Brabant weave' Prinses Irene cloth shoulder title. This Dutch production (Brabant weave) was worn on the battle dress on the upper arm. The shoulder title was determined on 22 December 1941 (the British made one) and expired in early 1947.
During the Second World War, the Royal Netherlands Motorized Infantry Brigade, later known as the Princes Irene Brigade (Dutch: Prinses Irene Brigade) was a Dutch military unit initially formed from approximately 1,500 troops, including a small group guarding German prisoners-of-war, who arrived in the United Kingdom in May 1940 following the collapse of the Netherlands. Elements of this force became the nucleus of what was originally called the "Dutch Legion". The Princess Irene Brigade entered The Hague on 9 May 1945 as liberators. After the war, the traditions of the brigade were perpetuated by the Garderegiment Fuseliers Prinses Irene.