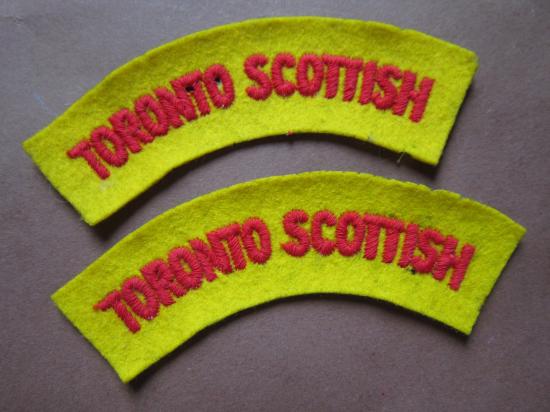 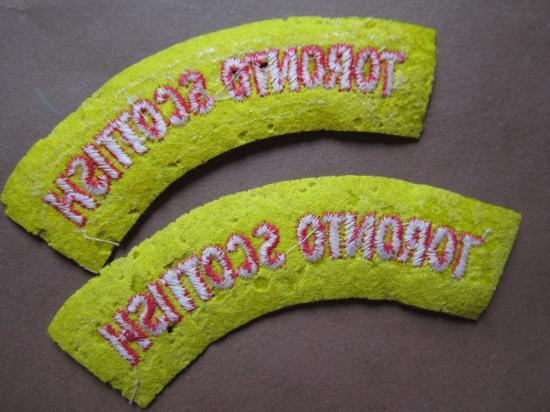 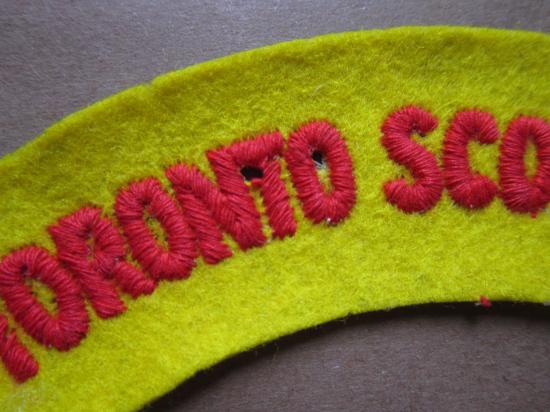 This is a perfect example of a British made, glue i.e paste backing matching set shoulder titles to the CanadianToronto Scottish. This unit was part of the 2nd Infantry Division and are well known for their actions in Normandy and Holland. During the Second World War, the regiment mobilized a machine gun battalion for the 1st Canadian Division. Following a reorganization early in 1940, the battalion was reassigned to the 2nd Canadian Division, where it operated as a Support Battalion, providing machine-gun detachments for the Operation Jubilee force at Dieppe in 1942, and then with an additional company of mortars, it operated in support of the rifle battalions of the 2nd Division in northwest Europe from July 1944 to VE Day.