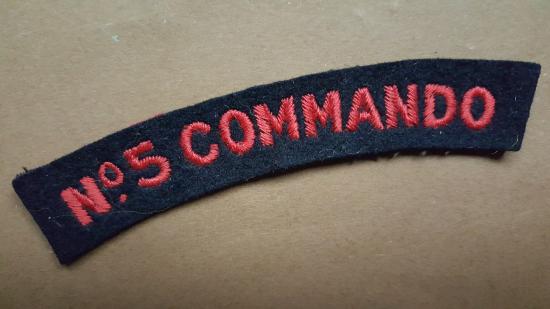 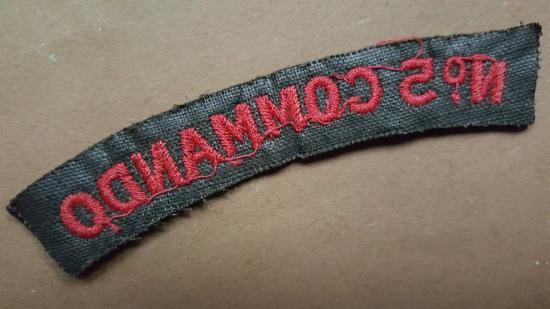 This is a neat example of a mid war period shoulder title to No.5 Commando. No. 5 Commando was a battalion-sized commando unit of the British Army during the Second World War. Formed in July 1940, the unit took part in a couple of small-scale raids in France in 1941 and contributed some personnel to Operation Chariot before taking part in the landings on Madagascar in 1942. In late 1943 it was sent to India with the rest of the 3rd Special Service Brigade and subsequently took part in operations in Burma throughout 1944 and 1945. Following the end of the war the unit undertook occupation duties in Hong Kong where they were amalgamated with No.1 Commando before being disbanded on 23 March 1946. This shoulder title is in a good and un-issued condition.