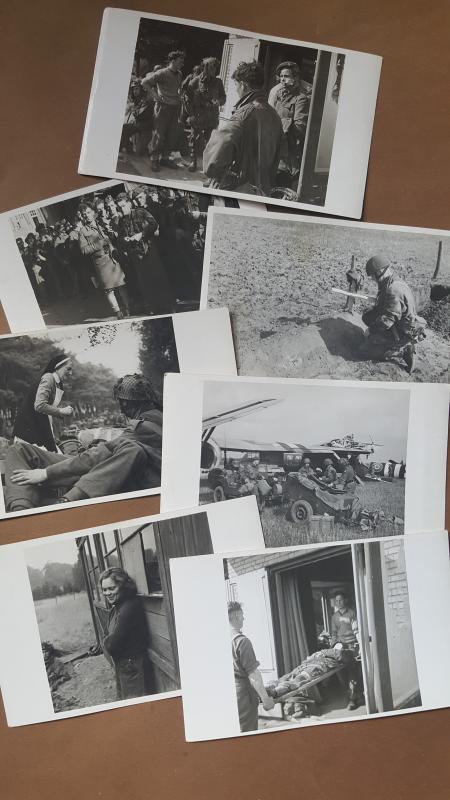 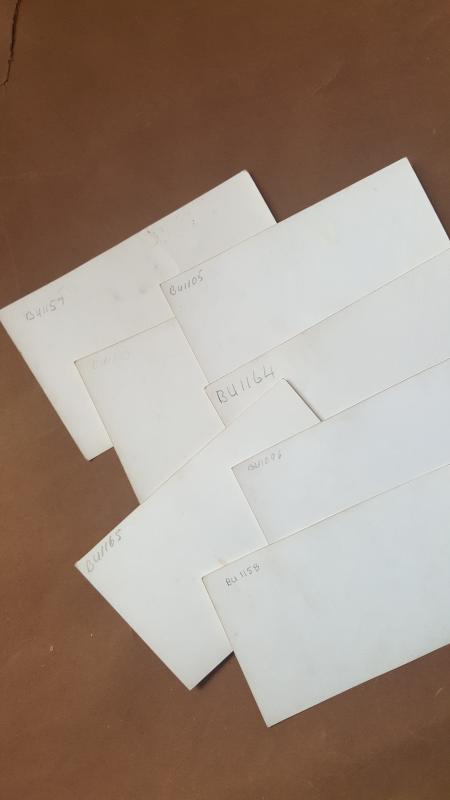 This is a perfect little set, comprising of seven official published so called 'Arnhem' photographs taken by 2 of the 3 War Correspondents who were attached to the Public Relations team of the 1st Airborne Division and were tasked to film and photograph the fighting during the Battle of Arnhem. Just after the war, August or September 1945, the British MOD (Ministry of Defence) published a serie of photographs consiting of around 58 (exact number unknown) photographs taken by 2 of the 3 War Correspondents, Sergeant Dennis Smith and Sergeant Mike Lewis. Sergeant Norman Walker, a AFPU (Army Film and Photo Unit) member as well took only some cine images with his 35mm Bell & Howell. The idea of the MOD was that public could buy these photographs as a sort of momento. The seven photographs are voided of any writing beside there original BU numbers. This little set of original photographs are post card sized 13.8 x 8.4 cm and are hard to find these days.