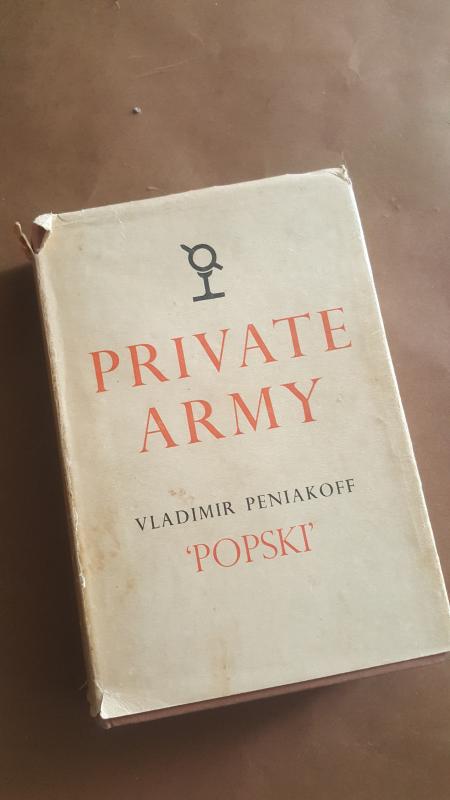 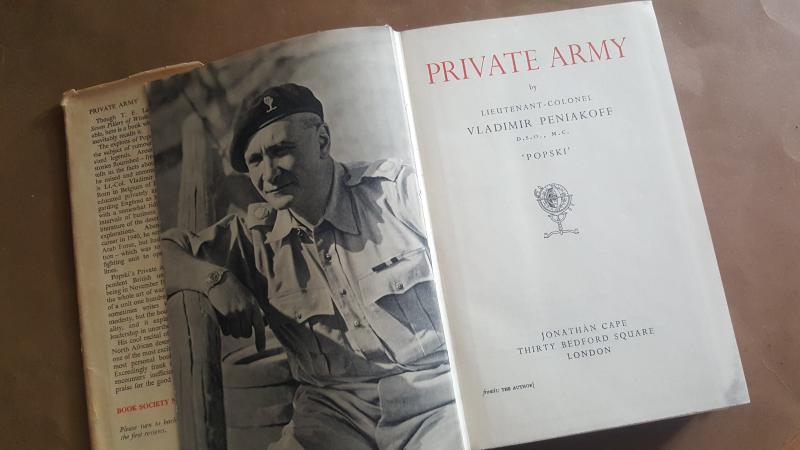 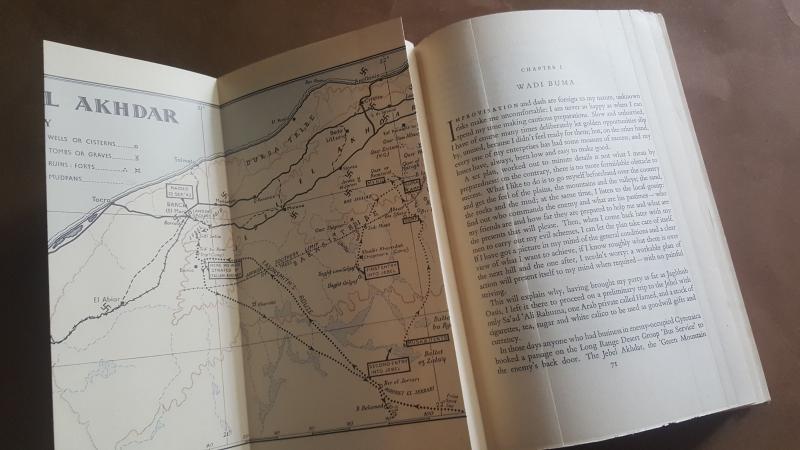 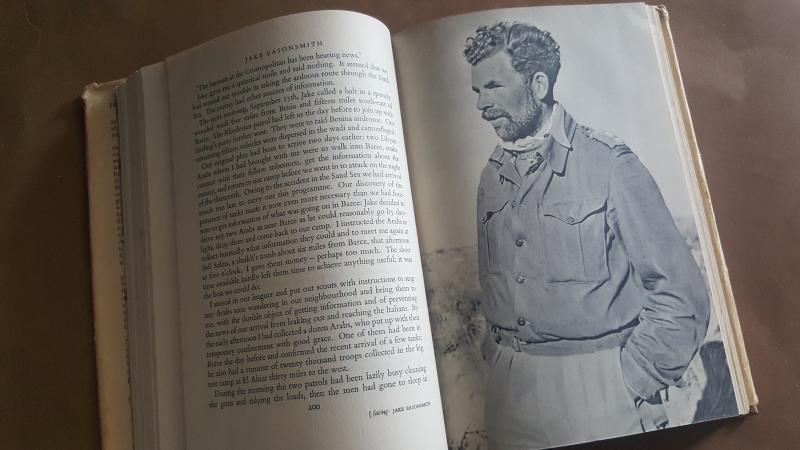 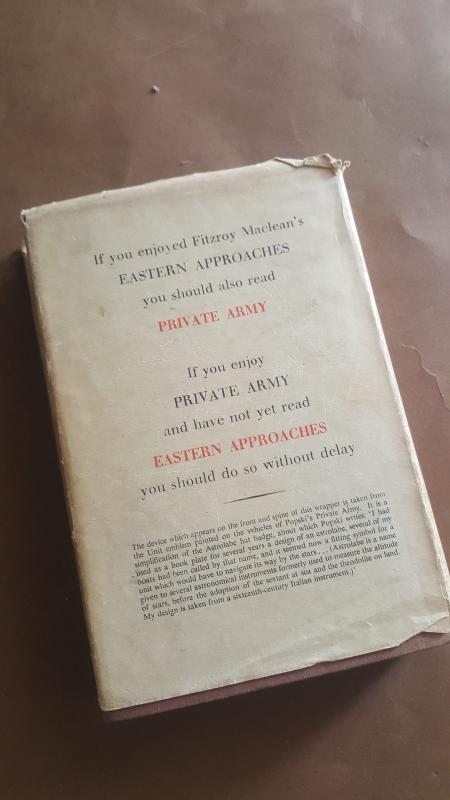 This is a good example of a 3rd impression 1950 of Private Army by Lieutenant-Colonel Vladimir Peniakoff DSO MC. Private Army is Peniakoff's account of the Second World War, in which he established and lead the No. 1 Long Range Demolition Squadron which become known and Popski's Private Army. The highly successful unit operated with small numbers of men working behind enemy lines in the Middle East and Italy. Peniakoff was eventually promoted to Lieutenant Colonel and was awarded the Military Cross.The contents are clean and bright throughout, the maps intact and in fine condition. The book with its orginal dust cover is in a good but used condition with some minor tears on the dust cover.