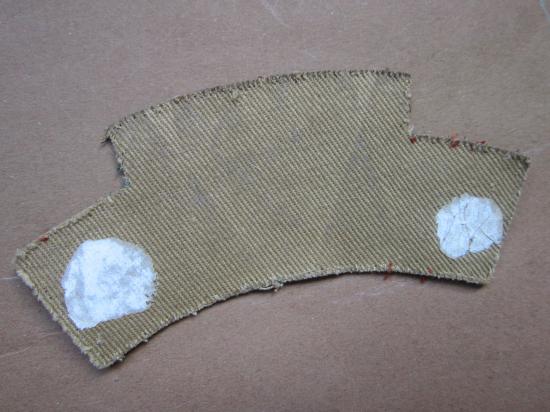 This is a neat example of a issued British printed i.e canvas made Canadian Armoured Corps shoulder title. Originally formed as the Canadian Cavalry Corps in 1910, they were then designated as the Canadian Tank Corps during the First World War. The modern Canadian Armoured Corps was created on 13 August 1940 with Major-General (then Colonel) F. F. Worthington as its first colonel-commandant. The Corp was subsequently bestowed the honour of the 'Royal' designation by King George VI in 1945. The title is in a nice condition