This is a neat example of a British made 1st Polish Armoured Division shoulder patch. The Polish 1st Armoured Division (Polish 1 Dywizja Pancerna) was an armoured division of the Polish Armed Forces in the West during World War II. Created in February 1942 at Duns in Scotland, it was commanded by Major General Stanis³aw Maczek and at its peak numbered approximately 16,000 soldiers. The division... read more 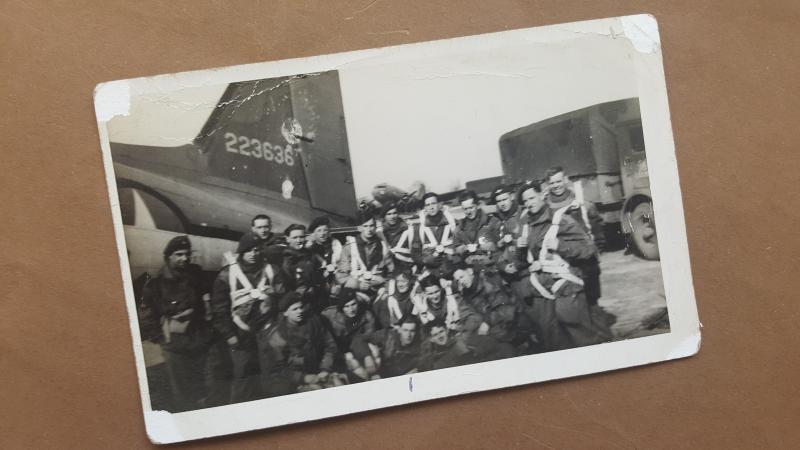 This a great example of a original black and white postcard size (14.0cm x 8.8cm) photograph dispicting men of the 8th Parachute Battalion, 6th Airborne Division. The photo is taken at Chipping Ongar airfield, Essex just before they enter there Dakota aircraft on the 24th of March 1945 for there parachute drop during Operation Varsity.

The 8th (Midlands) Parachute Battalion was a... read more 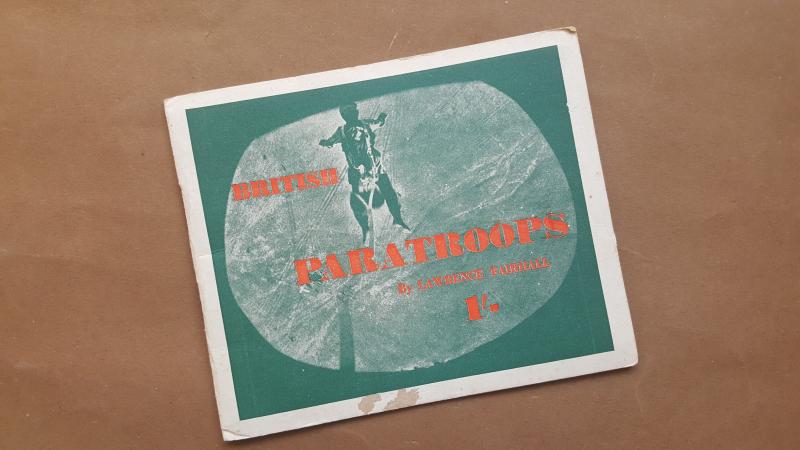 A neatly early account of 'British Paratroops' by Lawrence Fairhall

This is a nice example of a early account of the development of British Airborne Forces and how the British army adopted them. With pictures of Hotspur gliders and an early photo of a Horsa. Reduced in size due to wartime paper economy, size is 14.5 cm by 12 cm and has 20 pages and was printed by Sydenham&Co. Ltd Bournemouth. This a neatly small booklet and is in a perfect condition. A nice per... read more

A good example of a British RA (Royal Artillery) Officers bullion made cap i/e beret badge. The bullion grenade is on a red backing with the word UBIQUE beneath it. read more 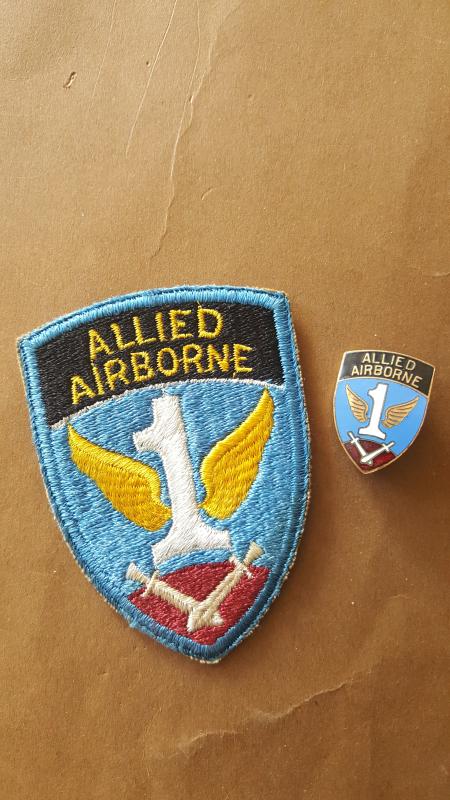 This little set of two American made badges for the USAAF 1st Allied Airborne Command consist of a flat edge shoulder patch and a not so commen DI (distinctive insignia) crest. Both badges ar in a good condition. read more

This is a neat example of a pre 1953 orginal painted RM (Royal Marines) cap badge. The badge has its original cutter pin still present and is in a nice condition. read more 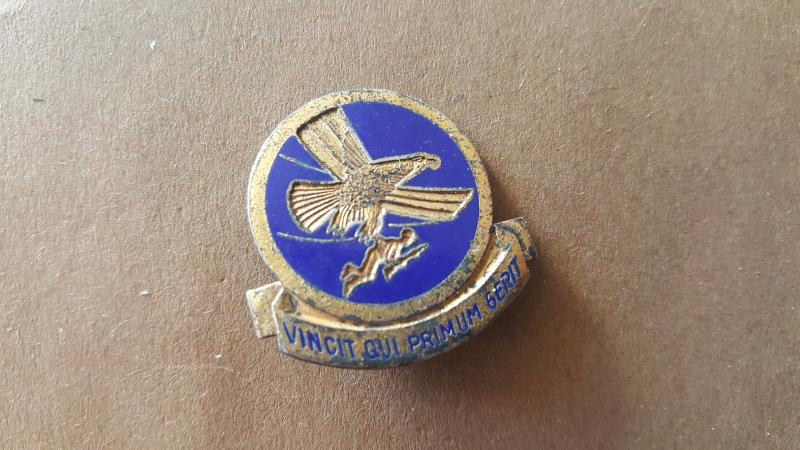 This is nice example of a so called American distinctive crest for the American 1st Troop Carrier Command. It is a blue enamel disc with relief of an eagle carrying a solider in its talons depicted a blue enamel text "VINCIT OU PRIMUM GERIT". The command was formed on 30 April 1942 as the Air Transport Command, with headquarters at Washington, DC. Its first operational unit was the 50th Transpo... read more 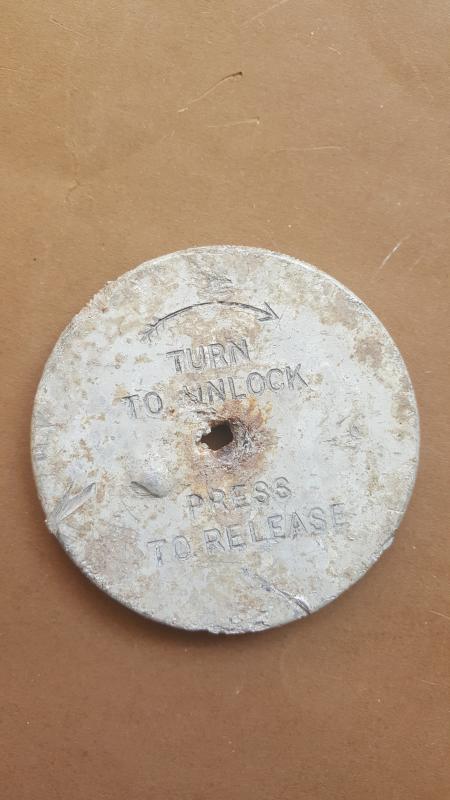 This is a nice example of a Arnhem found dug up part of a X type parachute harness clock. It is the press release plate for un-locking the buckles from the harness clock. This example was found in the early '80 on one of the two droppings zones in the area of Wolfheze and Ede dropzone X for the 1st Parachute Brigade and dropzone Y for the 4th Parachute Brigade. The plate is in a good condtion f... read more

Out of print book : We shall fight in the streets ! by Captain S.J.Cuthbert Scots Guards

This booklet which was published in 1943 by Gale & Polden Limited is an attempt to put into cold reality Churchill's famous rhetoric about 'fighting in the streets, beaches and landing grounds' to resist a German invasion early in the Second World War. The book, written by a Scots Guards officer, explores terrain, methods of attack and defence; the use of explosives; arms and equipment; trainin... read more

This is a neat example of a nice mid war period red on yellow printed Royal Armoured Corps shoulder title.The RAC was created on 4 April 1939, just before World War II started, by combining regiments from the cavalry of the line which had mechanised with the Royal Tank Corps (renamed Royal Tank Regiment). As the war went on and other regular cavalry and Territorial Army Yeomanry units became me... read more