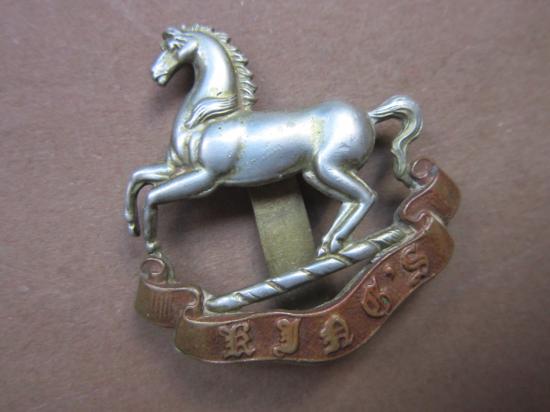 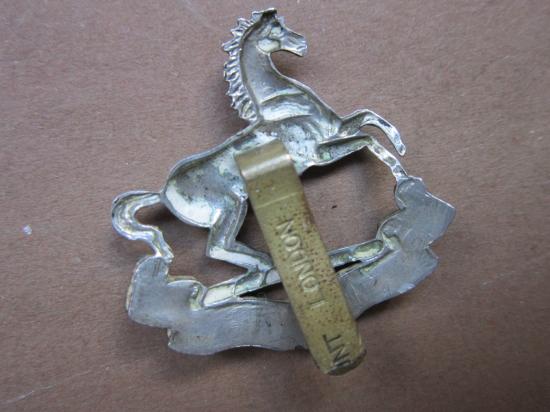 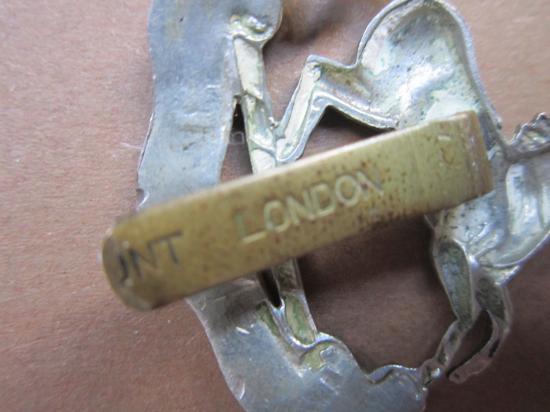 This ia a good example of a nice maker marked and issued all metal Kings Liverpool Regiment (King's) 1927-50 period cap badge. The King's Regiment (Liverpool) was one of the oldest line infantry regiments of the British Army, having been formed in 1685 and numbered as the 8th (The King's) Regiment of Foot in 1751. Unlike most British Army infantry regiments, which were associated with a county, the King's represented the city of Liverpool, one of only four regiments affiliated to a city in the British Army. The King's notably saw active service in the Second Boer War, the two world wars, and the Korean War. In the First World War, the regiment contributed dozens of battalions to the Western Front, Salonika, and the North West Frontier. In the Second World War, the 5th and 8th (Irish) battalions landed during Operation Overlord, the 1st and 13th fought as Chindits in the Burma Campaign, and the 2nd Battalion served in Italy and Greece. The King's later fought in the Korean War, earning the regiment's last battle honour. This example is in a nicely issued and used condition with a shortend slider which has the maker mark of Gaunt London stamped.